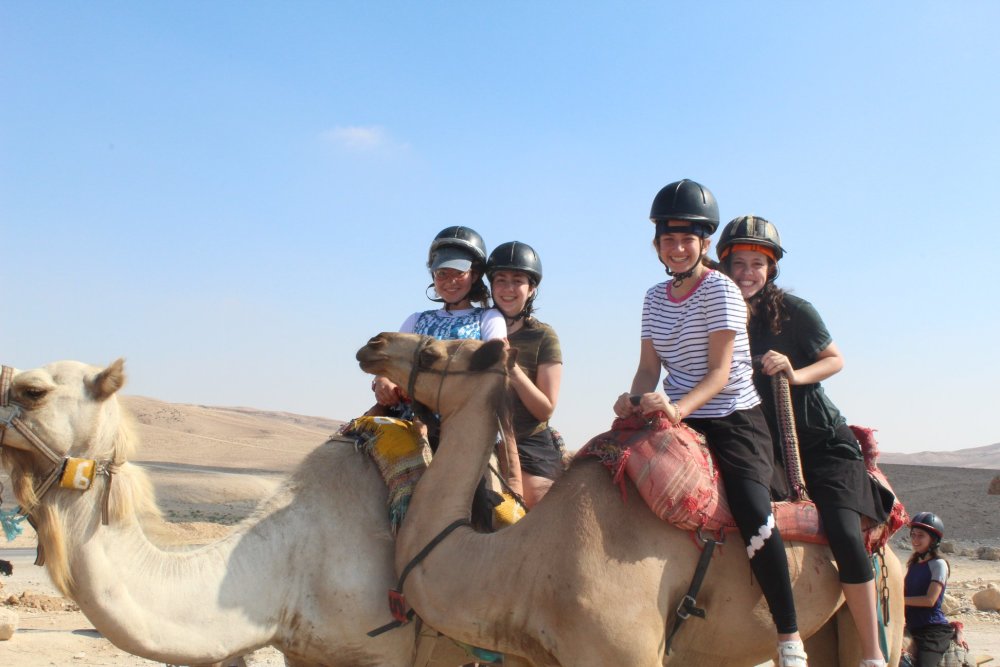 Moshe Crane woke up to a boom chick a boom in the Bedouin tent. He brushed the dust off his face. Meanwhile, Daniel Cohen woke up pretty chilly. Then we went to daven Shacharis slightly after sunrise outside and ate Bedouin breakfast. We had sticky sticky waffles and sugary apple juice. Finally, we walked to the camels and they left us some presents on the floor. Moshe’s camel’s name was Phil. We went on an adventure with the camels and formed an indestructible bond. We took our stuff and hopped on the bus, everyone quickly sat down and grabbed their phones because we didn’t have them in the tents, while Moshe just stared out the window. Once we got to the salad trail, thank Gd, I had my hat and sunscreen so the scorching sun couldn’t hurt us. We went to a greenhouse and one kid tried the hot pepper. Then we tried cucumbers and tomatoes. Moshe won the maze and we held pigeons and set them free. It’s too bad it was summer and the strawberries and potatoes weren’t ripe. Then we had pizza and Moshe had three slices but Daniel only had two. After that we headed to the hotel and quickly got ready for pictures. We davened by the crater it was inspiring and a very beautiful view. There was an amazing sunset. Friday night, Moshe sat next to Cinnamon and Leora Wolff and had the best time of his life. Daniel then thoroughly enjoyed sitting at circle time.