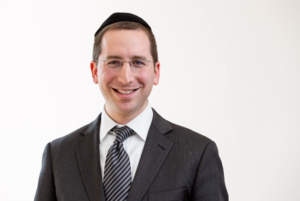 Rabbi Shay Schachter currently serves as Rabbi and Rosh Beit Midrash at the Young Israel of Woodmere, overseeing its extensive adult educational programs. He is the Rabbi and spiritual leader of Yachad, the Orthodox Union’s international program for individuals with disabilities. Since the summer of 2017 he has served as the Rabbi of Camp Simcha, Chai Lifeline’s camp for children battling cancer and chronic illnesses. He formally served as the Assistant Rabbi at Congregation Knesseth Israel “The White Shul” in Far Rockaway, from 2012 – 2015. Rav Shay receives his rabbinic ordination from RIETS after studying together with his father, Rabbi Hershel Schachter, for 9 years. He also received an additional Rabbinic ordination from his teacher and mentor, Rabbi Asher Weiss of Jerusalem. Rav Shay holds an MA in Jewish Education and Administration from the Azrieli Graduate School of Yeshiva University.