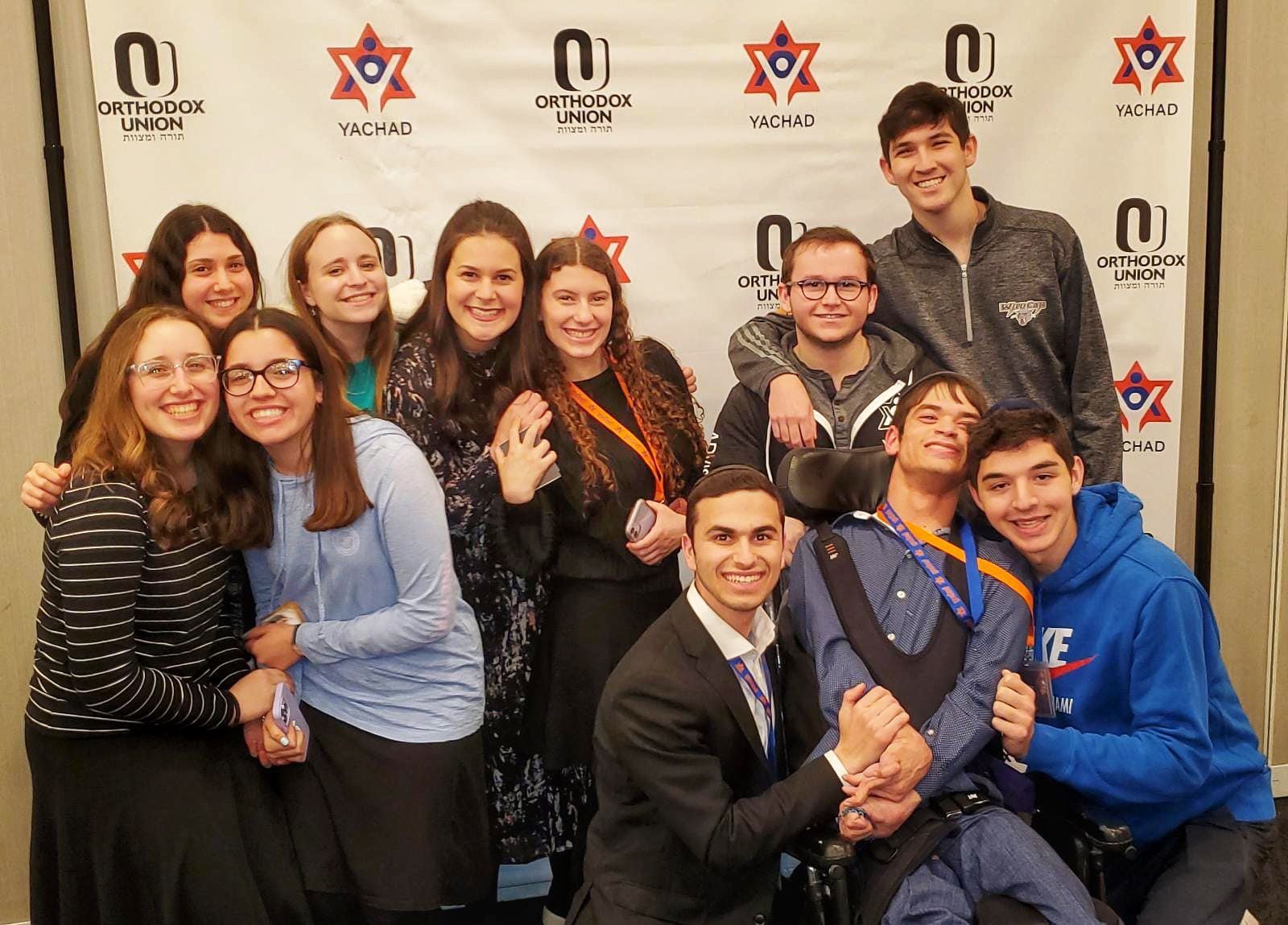 Einstein famously declared that E=MC2 where E is energy. While science has proven that to be true, all Einstein had to do to see what energy is, was attend a Yachad Shabbaton.

This past Shabbos over 250 people came from though out New York to to participate in the Yachad New York JDAIM (Jewish Disabilities & Inclusion Month) Shabbaton. This weekend of JDAIM was the kickoff to a full month of Yachad inclusive programs. Comprised of a mix of high school students from 11 New York yeshiva high schools together with Yachad New York’s oldest age group of individuals with disabilities, a meaningful and special Shabbos was had. From the moment the participants stepped into the Armon Hotel and the introductions & friendships began until the Motzei Shabbos Melave Malka and dance party, it was non-stop smiles.

Whether it was davening, of which parts were led by Yachad members or the famous circle time that Yachad Shabbatons are known for (Ani Ohev Chumus!), the entire Shabbos was one of happiness. The Shabbos began with a beautiful and leibedig Kabbolas Shabbos and continued well on into late Friday night with beautiful singing and achdus. Shabbos day was a continuation bringing out the true Yachad spirit. Educational sessions led by advocates Yakira Begun and Pam Schuller taught the participants what it means to live with a disability and the importance of being included. Truly bringing the message of Yachad-oneness to the fore.

“It was the best Shabbaton ever” said Ben Klein from the 5 Towns. This was echoed by the parents of our members who loved that they could send their family member to a Shabbaton after close to 2 years of being on hiatus.

“When is the next Shabbaton?” was repeated by all who were there. “Coming Soon” we promised them all.