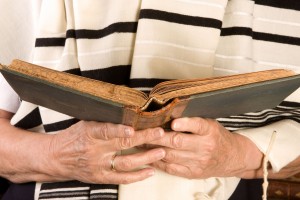 Yachad, an agency of the Orthodox Union has embarked on Hineinu: Jewish Community for People of All Abilities, the latest initiative in its goal of bringing full Inclusion in Jewish life to those with disabilities. Hineinu (“We are here”) is the first-ever formal combination of human rights and disability professionals from each of the four religious streams, sharing resources, support and direction in order to increase disability Inclusion in our synagogues for people of all abilities.

In order to actively and systematically increase disability Inclusion at the synagogue level, the Orthodox Union is partnering with the Conservative, Reform, and Reconstructionist movements. “There will be no sharing of religious services or practices between the OU and other denominations – that is not the goal of Hineinu,” said Dr. Jeffrey Lichtman, international director of the National Jewish Council for Disabilities (NJCD), which includes Yachad as its flagship program.

Yachad, the only international disability agency serving the Jewish community, provides a full gamut of unique programs and services for individuals with learning, developmental, and physical disabilities.

Hineinu is based on the principle that if each synagogue community fosters attitudes of Inclusion and acceptance in a direct and meaningful way, this change will grow and develop into a wholly inclusive larger Jewish world.

Hineinu is the outgrowth of the efforts of Deborah Berman, LCSW, director of social work for Yachad. She, along with colleague Rabbi Lynne Landsberg, senior advisor on disability issues for the Religious Action Center of Reform Judaism, conceived the idea of bringing the four streams together on behalf of widespread synagogue-based Inclusion. With Dr. Lichtman’s support, this groundbreaking initiative was set in motion and the Reconstructionist and Conservative movements were invited to join as well.

“Hineinu is an historic collaboration, a joint effort which, in itself, exemplifies the spirit of Inclusion that we hope to bring to synagogues and to people with natural variations in abilities and disabilities,” Deborah Berman explained. “On the grassroots, community level, we will promote the Inclusion of each and every Jew, regardless of natural variations in abilities and disabilities, to take their rightful place in the Jewish world.”

“The Jewish people have long been in the vanguard of moving the human race forward. Indeed, we each carry within us a spark of the Divine,” Dr. Lichtman said. “We must now ignite that spark as we work B’Yachad (together) to actively welcome, respect, and appreciate that divine spark within our fellow community members and/or children who have disabilities.”

Dr. Lichtman emphasized, “Yachad takes great pride in what we have achieved to date; in the awareness that we have fostered; and the Inclusion that we have created. Yet there remains much still to do and Yachad and the OU welcome our Hineinu partners who join with us to include everyone, to value everyone, to welcome everyone, because everyone belongs!”

Guided and energized by its collaboration through Hineinu, Dr. Lichtman declared, each stream of Judaism will work with a pilot group of synagogues within their own movements, to support them in setting and achieving measurable goals of increasing community Inclusion through appropriately tailored steps and initiatives.

To date, approximately 40 synagogues are signing on to participate with Hineinu in its first year.

Many of these synagogues will be creating or expanding Inclusion committees at participating synagogues.  These committees will be charged with implementing disability Inclusion practices in their own communities.  By February, 2014, also known as North American Inclusion Month (NAIM), Hineinu’s Inclusion Committees will hold disability-focused events or Shabbat activities; release their agendas for the year; and their plans for bringing persons with disabilities into their synagogue communities.

To facilitate these efforts, Hineinu has developed an online disability resources guide for rabbis, which Yachad has tailored to meet the needs of Orthodox clergy.  The guide contains ideas and suggestions for making synagogue and communal life more disability-friendly.  To access this guide, go to OU’s Community Services web page, http://www.ou.org/synagogue_services/#

For further information, or to become a participating synagogue in the Hineinu initiative with the Orthodox Union, contact: