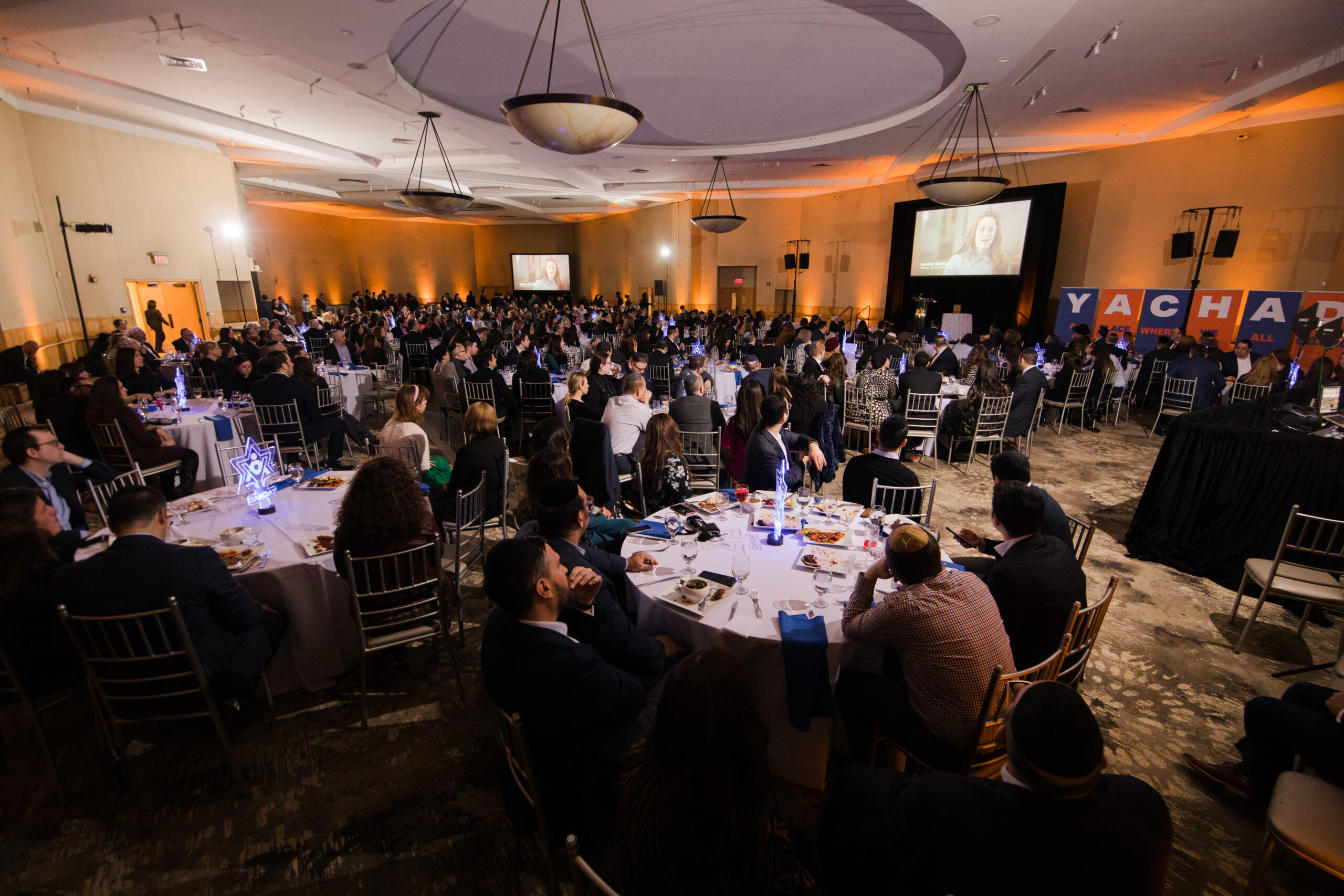 An overflowing, enthusiastic community of friends and advocates turned out to attend the Orthodox Union’s (OU) Yachad New Jersey annual gala this past Saturday night, at Congregation Keter Torah, honoring Ronit and Amnon Wenger of Teaneck; Batya Jacob of West Orange; Shana and Evan Carmen of Teaneck; and Tammy, Josh, and Tova from Passaic. In addition, Yachad, the leading group for individuals with disabilities in the Orthodox community, recognized 16 high school seniors with The Mendel Balk Yachad Center Awards, recognizing the students’ deep commitment to Yachad and inclusion. They included Gavi Benoff, Shoshana Besser, Liora Dreifus, Gabriella Herrmann, Leah Hornung, Meira Kirshner, Leah Kossove, Danielle Mero, Bella Neiss, Micha Pickett, Kayla Schachter, Zehava Schapiro, Zehava Shatzkes, Ayelet Shields, Harrison Tassler, and Yaeli Weisberger. The Mendel Balk Center Awards honor graduating seniors who have spent their high school years volunteering at the Yachad Center on an ongoing basis and have demonstrated a sincere commitment to contributing to the community. These students have set an example for others and have led efforts in their schools to get others involved.

The gala, which was rescheduled from January, due to Covid-19 safety precautions, yielded a crowd that was excited to participate in the accomplishments of Yachad.  Ronit and Amnon Wenger, the Guests of Honor, intensified their involvement when their daughter Leah attended the Yad B’Yad summer program years ago and described the experience as life changing.  The Wengers dedicate time and resources to the treasured organization on a regular basis.

Batya Jacob received the Keter Shem Tov Award.  Batya has been a professional for Yachad for over 23 years, touching many parts of the organization during that time. Batya has dedicated many years to the educational component of Yachad, organizing conferences in geographical areas across the U.S. and Canada for educators of both schools for students with special needs and typical yeshivot and day schools who were including students with special needs into the classes. Now, Batya is focusing on grants to support a multitude of Yachad programs.

Shana and Evan Carmen received the Young Leadership Award.  Evan’s Yachad journey began over 20 years ago as an excuse to spend more time with his twin brother Daniel, a long-time Yachad member. Ever since then, they both have engaged in all kinds of Yachad summer programming, as well as programs throughout the year.

Tammy, Josh, and Tova Stern received the Yachad Family Award.  The Sterns were first introduced to Yachad many years ago when they attended the annual family Shabbaton, an experience that Tammy said left her with an overwhelming sense of belonging. Tova is a participant at JUF, Yachad’s adult day program, and in all Yachad’s social programming.  At the Gala, Tova was surprised with a very special video- a musical message from Mordechai Shapiro, Tova’s favorite performer! Tova was one of the featured Yachad participants in the 2017 B’Yachad music video!

Yachad is one of the cornerstone programs of the OU and plays a critical role in bringing important programs, services and Torah education to participants and their families. It has become one of our community’s most treasured resources. “The Wengers, Carmens, Sterns and Batya Jacob have been incredible supporters of Yachad,” said Yachad Associate Director Chani Herrmann. “We’re also very excited to honor 16 high school seniors with the Mendel Balk Yachad Center Awards. Their dedication and leadership is inspiring.” 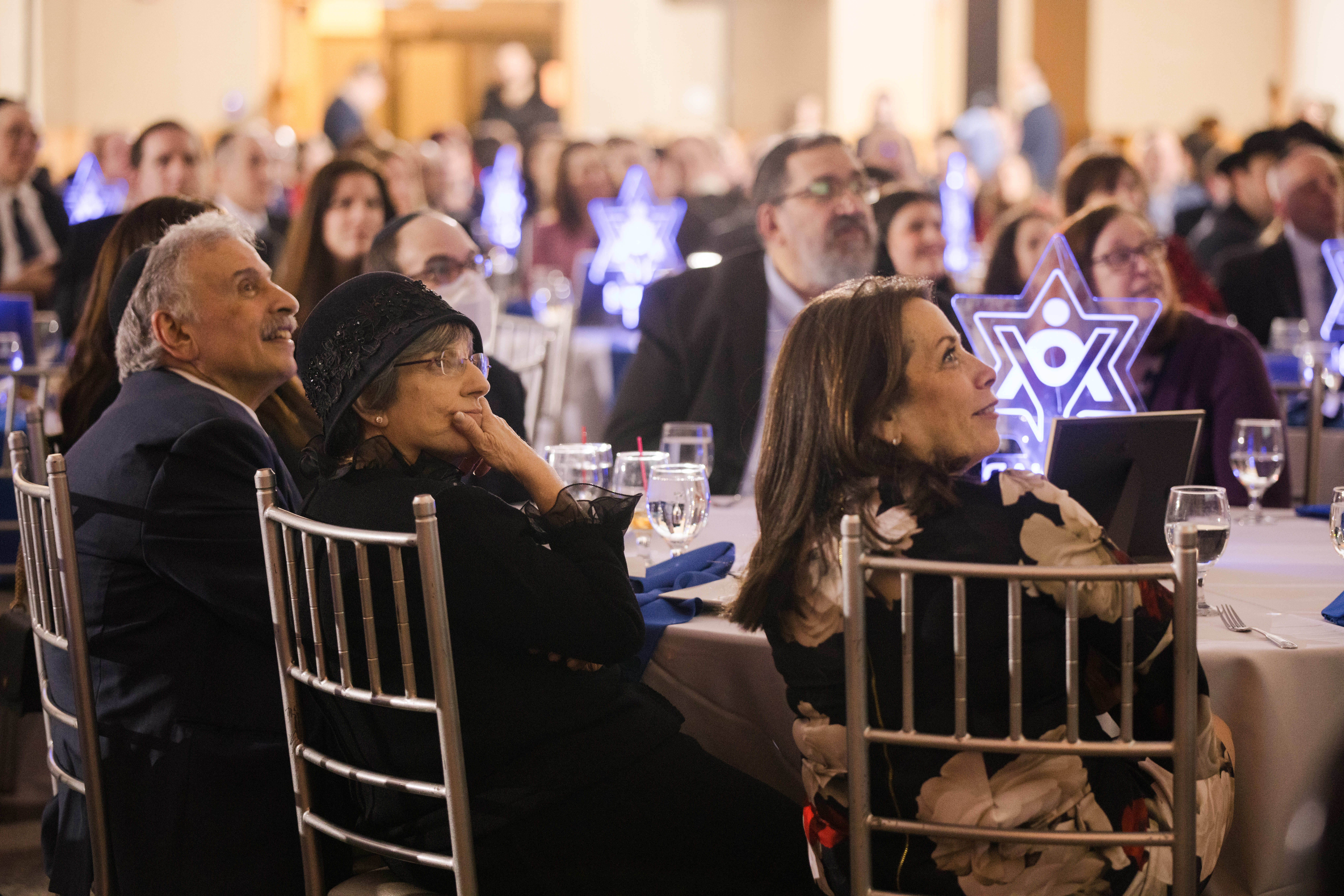 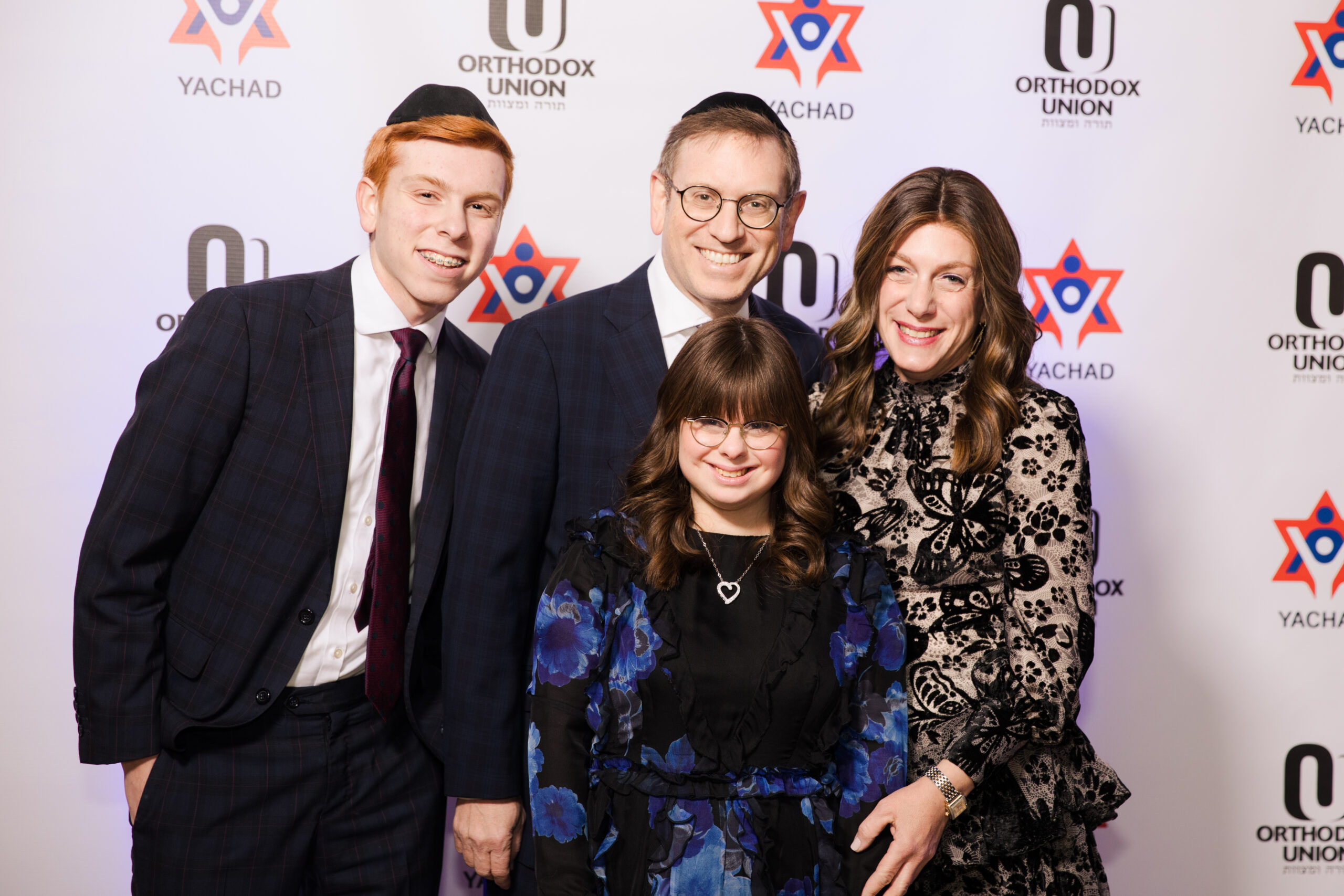 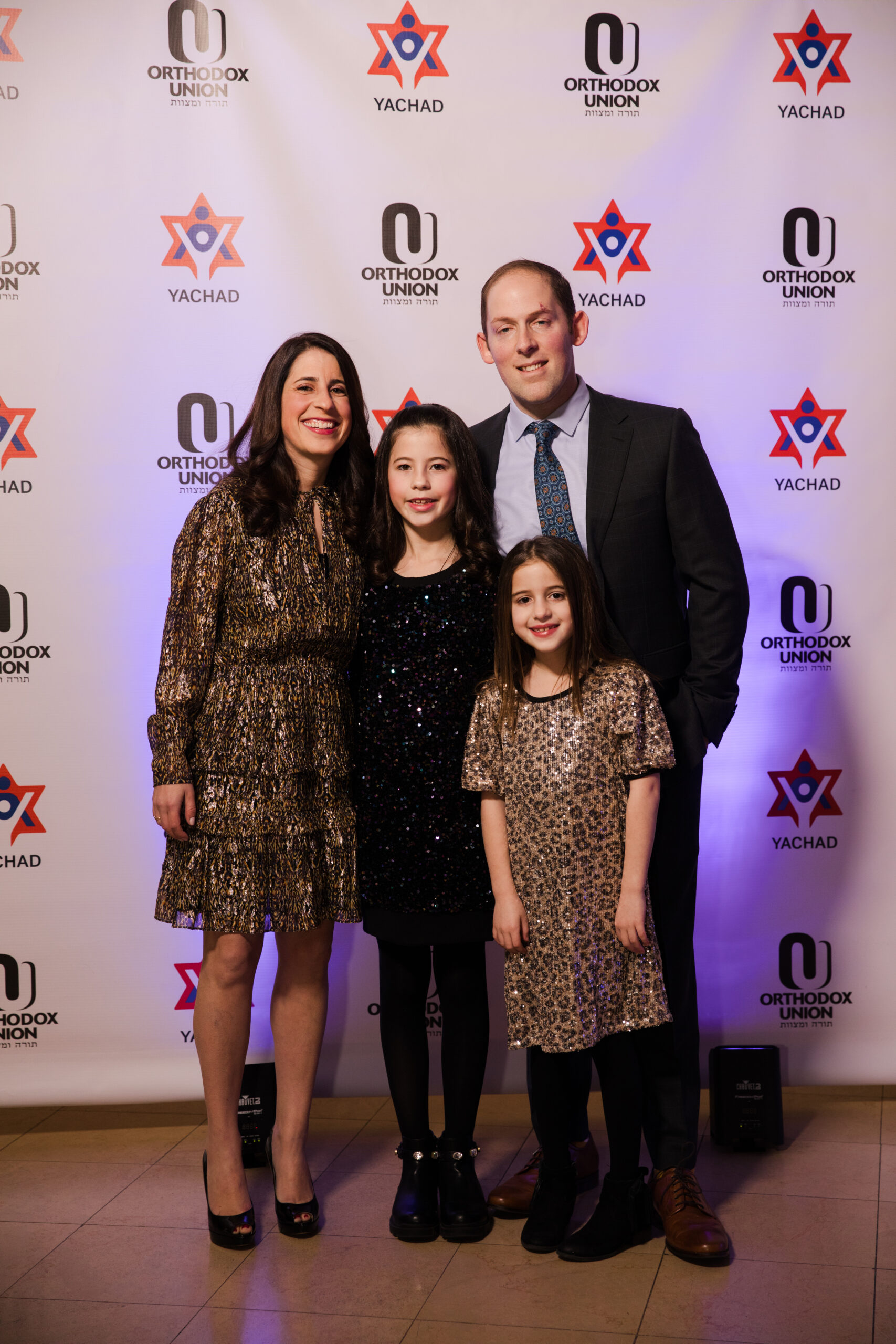 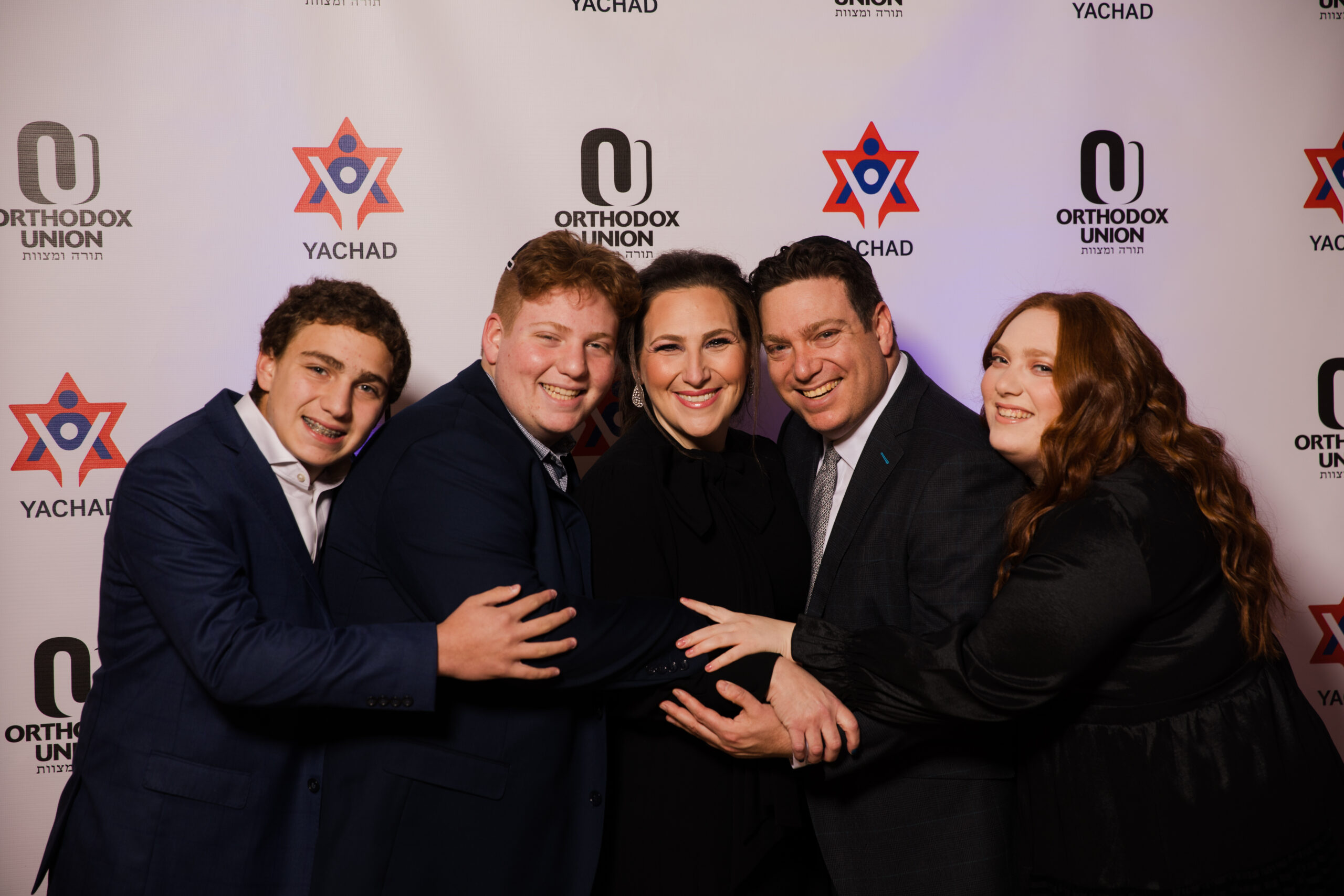