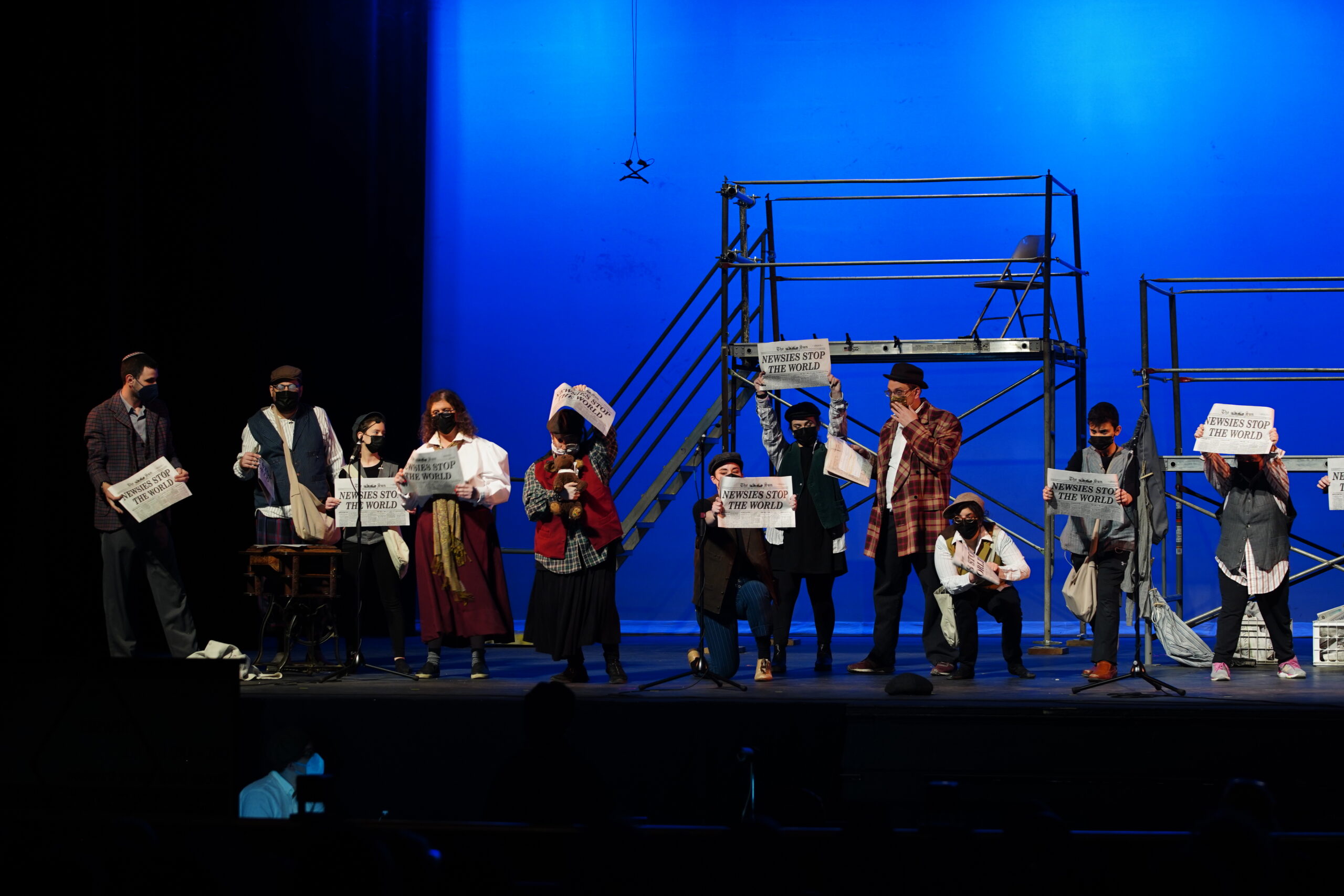 Yachad Chicago was granted the funds to create a performing arts program by The Ralla Klepak Foundation in Education for the Performing Arts in 2019. Due to the generosity of the Foundation, Yachad Chicago began the ambitious undertaking of putting together a team of performing arts experts led by Lucy Matten Mattout, Director of the Ralla Klepak Yachad Performing Arts Program. Little did we know that we would need to pivot due to a worldwide pandemic, in March of 2020, where the program took on a virtual identity. And as they say, the show must go on!

There were benefits of hosting a program virtually. Namely, we were able to connect with talented musicians, actors and choreographers throughout the country, which allowed us to reach many more people through our performing arts program. Not only were we able to hire specialists to lead programs from all over the U.S, but we were equipped to provide programming via Zoom to people throughout the U.S. One participant who lives in the Baltimore area even asked his parents if he could move to Chicago so he could participate in our programs when they pivot to in-person.

As the pandemic abated, approximately six months ago the Ralla Klepak Yachad Performing Arts Program began the process of preparing for an inclusive live performance of Disney’s Newsies. Auditions took place, where an inclusive cast of 28 people were selected, ranging in ages from 11 to 61. The cast members were individuals with disabilities and neurotypical community members. Through this process, each cast member’s talents were showcased and given the opportunity to truly shine. It was a grueling process where each cast member devoted endless hours in rehearsals.

Food has always been a universal equalizer. Dinner was served at every rehearsal, but in December, January, and February when COVID numbers were high, we switched to a hybrid format with a few of our participants in person and the rest on Zoom. Trying to rehearse, learn the choreography, and build relationships in such a hybrid environment was beyond difficult. Just weeks before the performance, everyone gathered together and worked harder than ever. A week before the performance, tech week began. Participants committed to practicing the production from start to finish every evening for five hours.

Our community performance of Disney’s Newsies at the Cahn Auditorium in Evanston finally took place this past Sunday & Wednesday. There was an air of excitement and buzz throughout the theater. Cast members arrived early in the morning to get dressed in costume and have their hair and makeup done. People from near and far filled the theater, including community members, family, and friends. After the stage was lit and the performance started, you could hear a pin drop in the theater, and everyone was enamored by the talent on display. It was an unbelievable performance with solos, dances, and a flawless presentation. As people watched, tears filled their eyes, as they had not expected such a high level of performance. What it has accomplished has exceeded our expectations of what is possible in the area of inclusive performance arts and will become a model for others to follow.

The program has changed the lives of many participants. “Never in a million years did I think that Newsies was going to look the way it did last night, nor that Simcha would be able to participate with several lines of his own. My whole heart and soul was wrapped up in viewing this production!“ a cast member’s parent said. “I am so excited about this venture today from Yachad and am so proud of everyone who works for Yachad on behalf of Naftali and all the others who benefit. Hashem really blessed my family!” commented another parent.